The Railway Hotel has had a fascinating history, and has been featured in films like Romper Stomper, as well as TV series like Underbelly and Stringers, marking it a Melbourne icon. This project involved converting the historic hotel into 29 lofty New York Style Apartments, which incorporated a corner bar to reflect the building’s prior use. With new apartments in the old cellar and into the attic space, the six-storey construction was extremely complex and much of it was resolved while under construction. 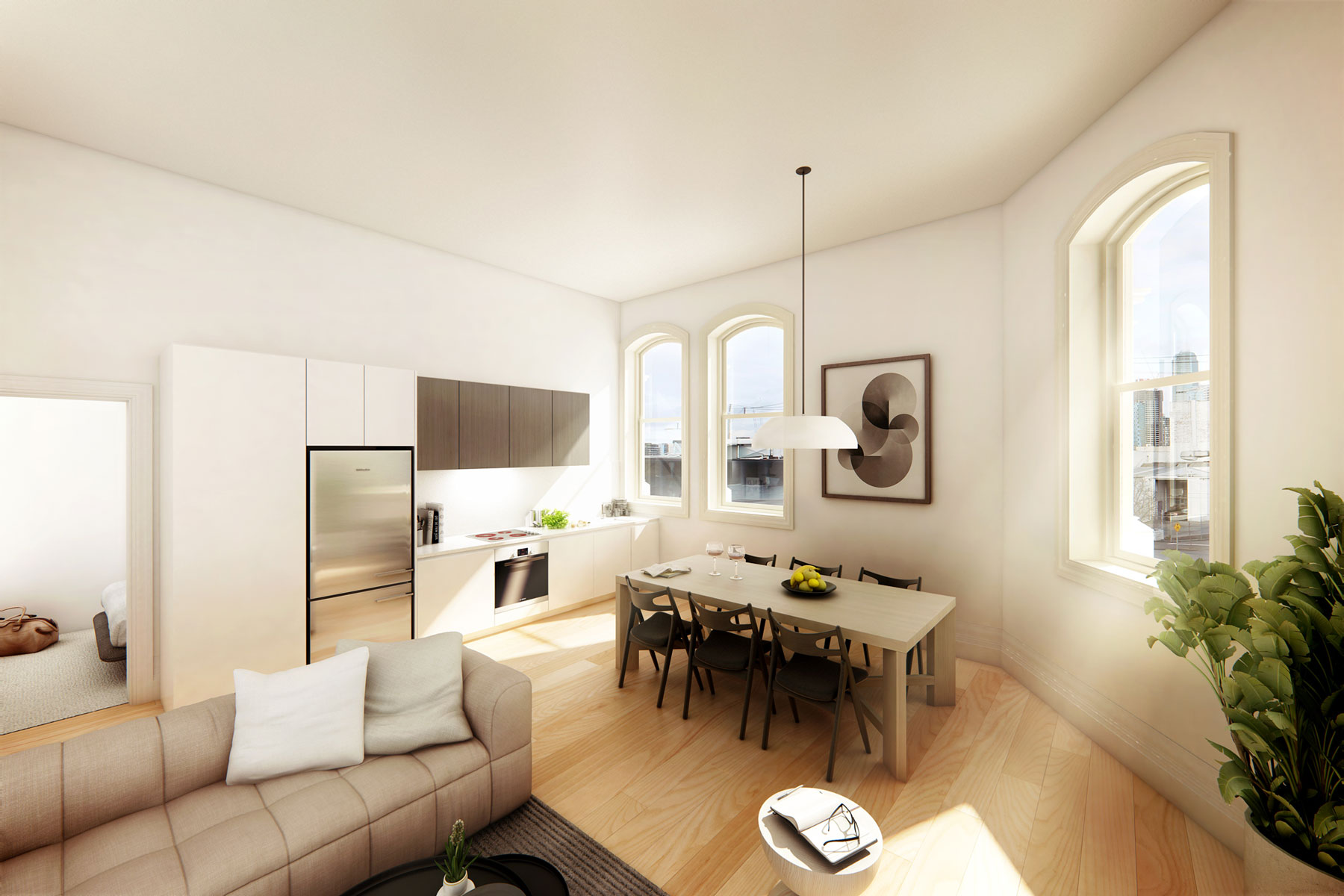